How to Make the Most of a Powder Room

The Samsung Galaxy S10 Plus is the best phone you can get for Android right now, if you're just going by specs. Naturally, as the first flagship of 2019, its new Snapdragon 855 processor is the big standout here with even better performance than the phones that closed out 2018. Add in a few cool new (but not essential) features, Samsung's stunning-as-ever display and design as well as top specs and you have a true flagship – for a true flagship price, of course, starting at $999 / £899 / AU$1,499 / AED 3,599.
99% 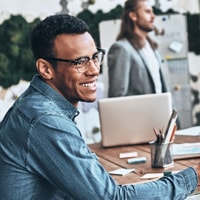 What to Pack for Summer in Europe

Come dinnertime, the intimate group of guests was first ushered into the foyer for a staircase…
END_OF_DOCUMENT_TOKEN_TO_BE_REPLACED
565
5
Share
Travel

A Room Without Books Is Just Very Sad

To welcome spring in the chicest of ways, last evening Shopbop and Malone Souliers gathered an…
END_OF_DOCUMENT_TOKEN_TO_BE_REPLACED
361
3
Share
84%
LifestyleTravel

A Trifle of Great Importance

It works simply and without the need for effort or extra accessories. Whenever you wish to take an…
END_OF_DOCUMENT_TOKEN_TO_BE_REPLACED
401
2
Share